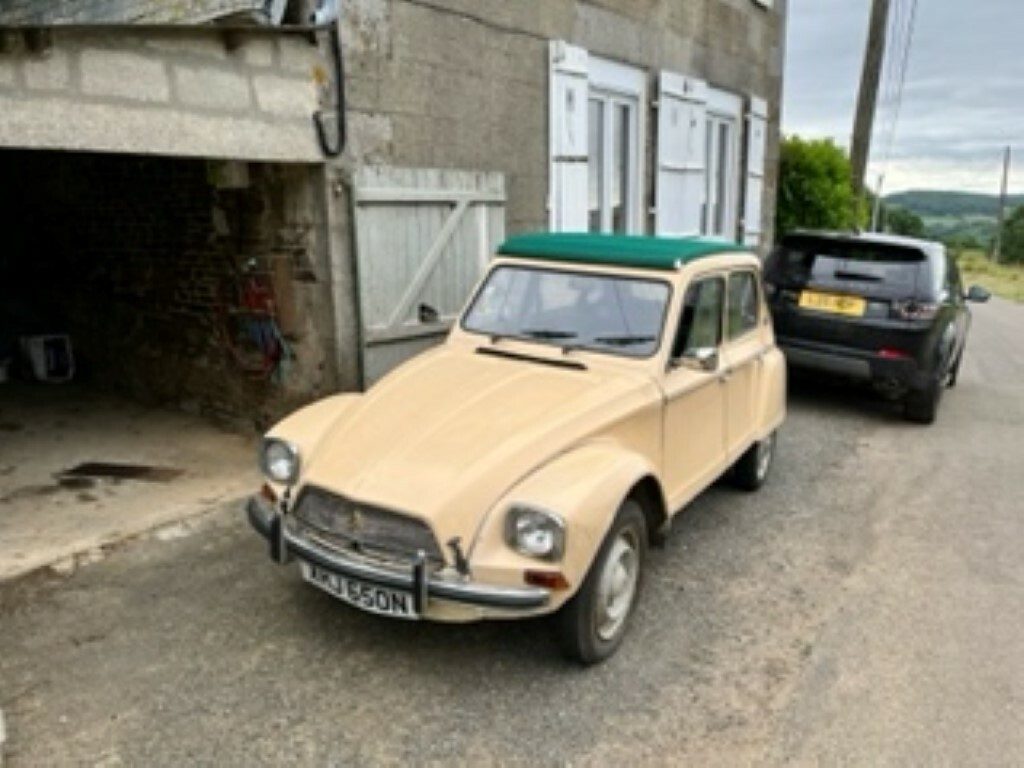 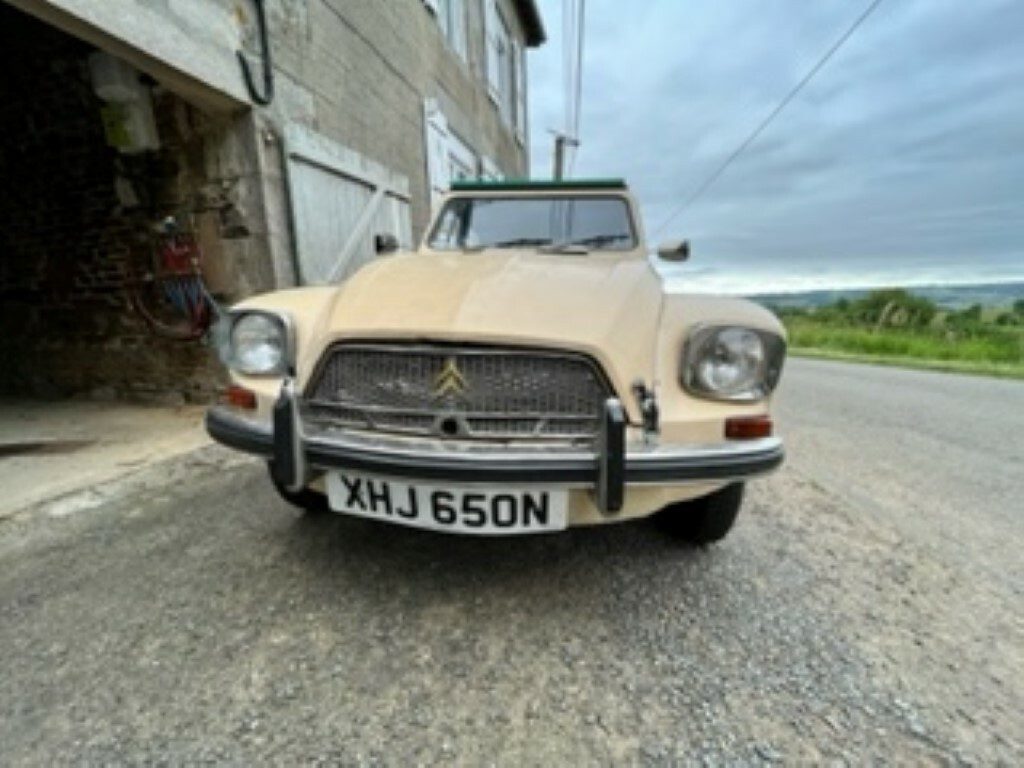 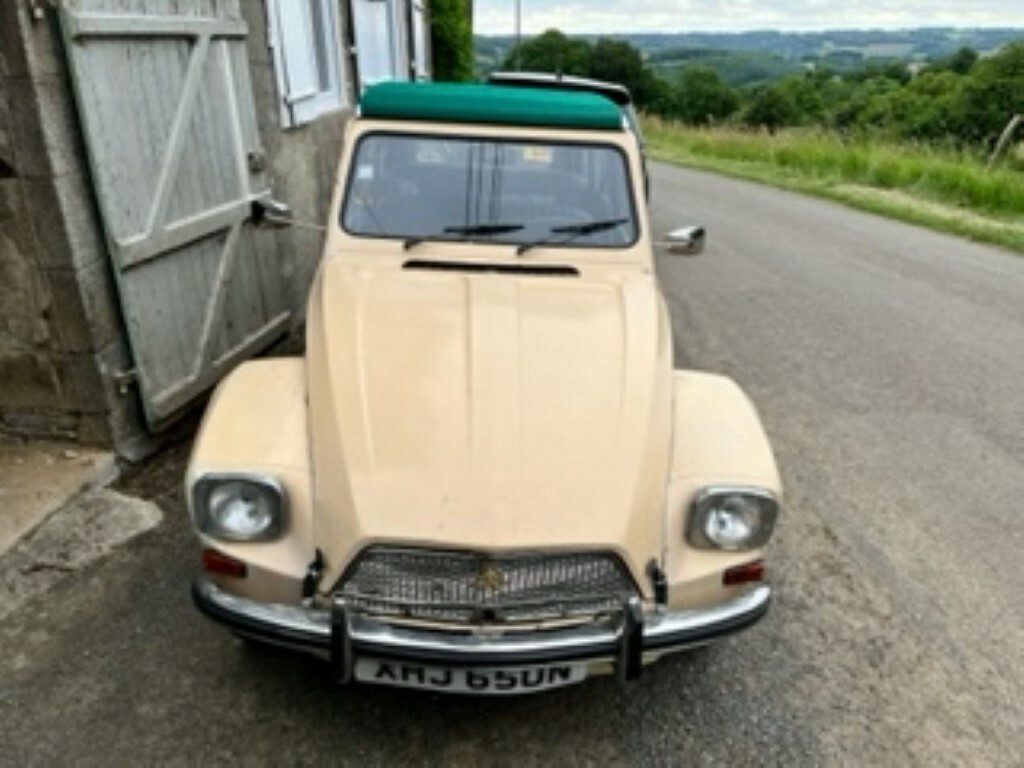 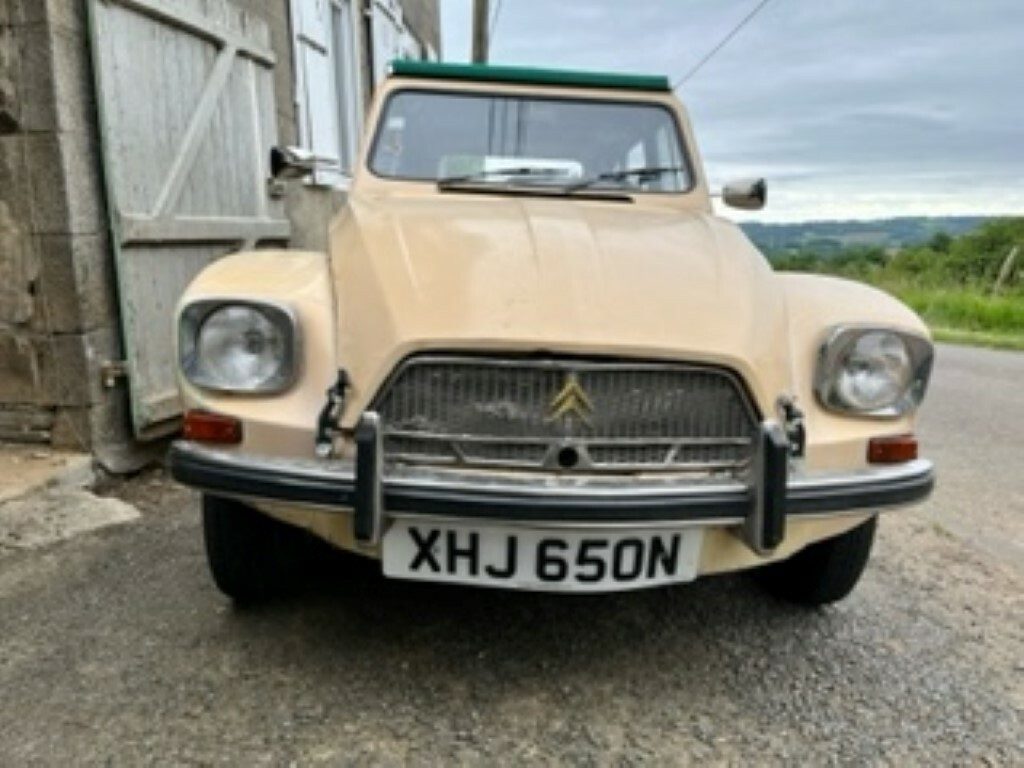 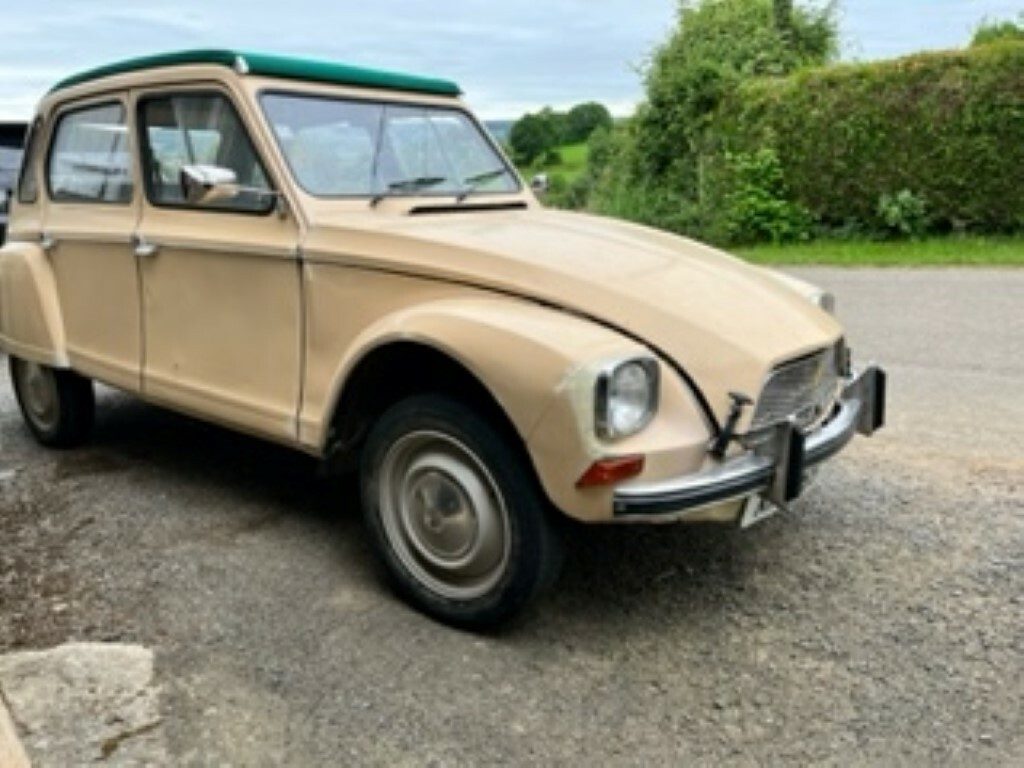 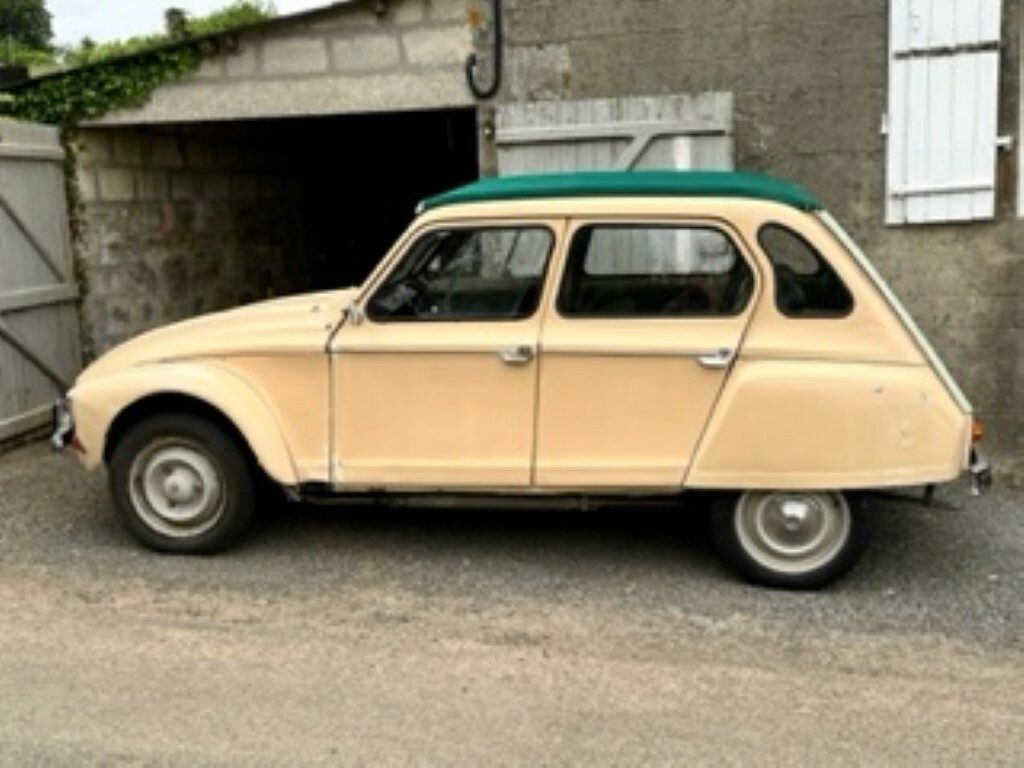 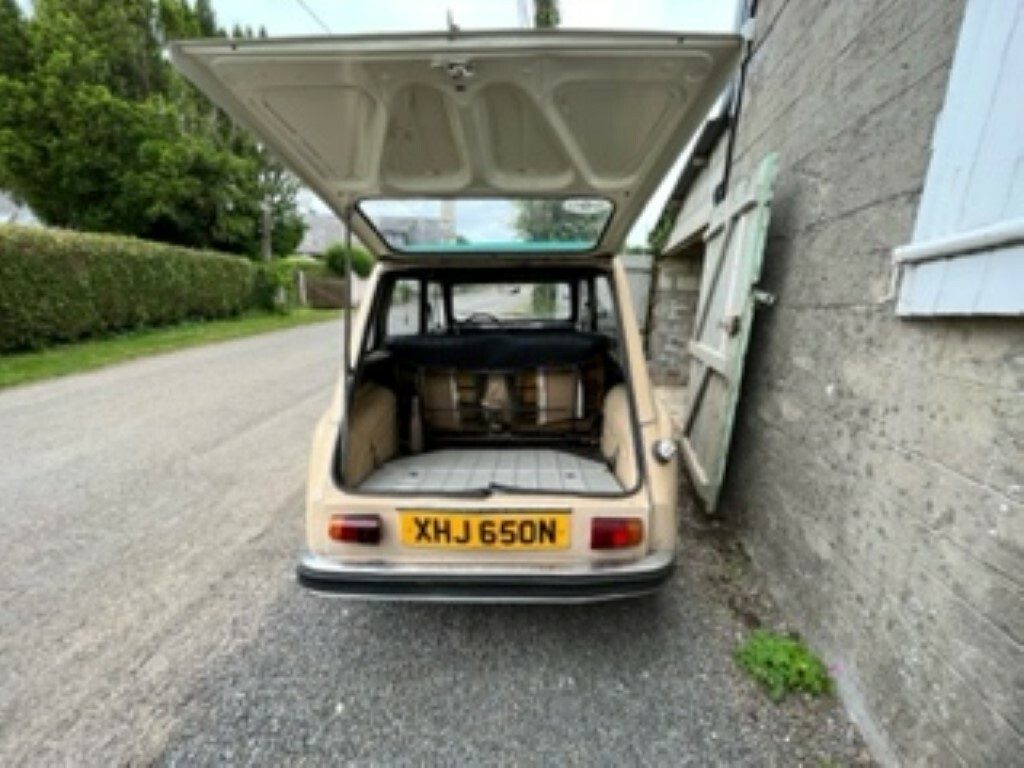 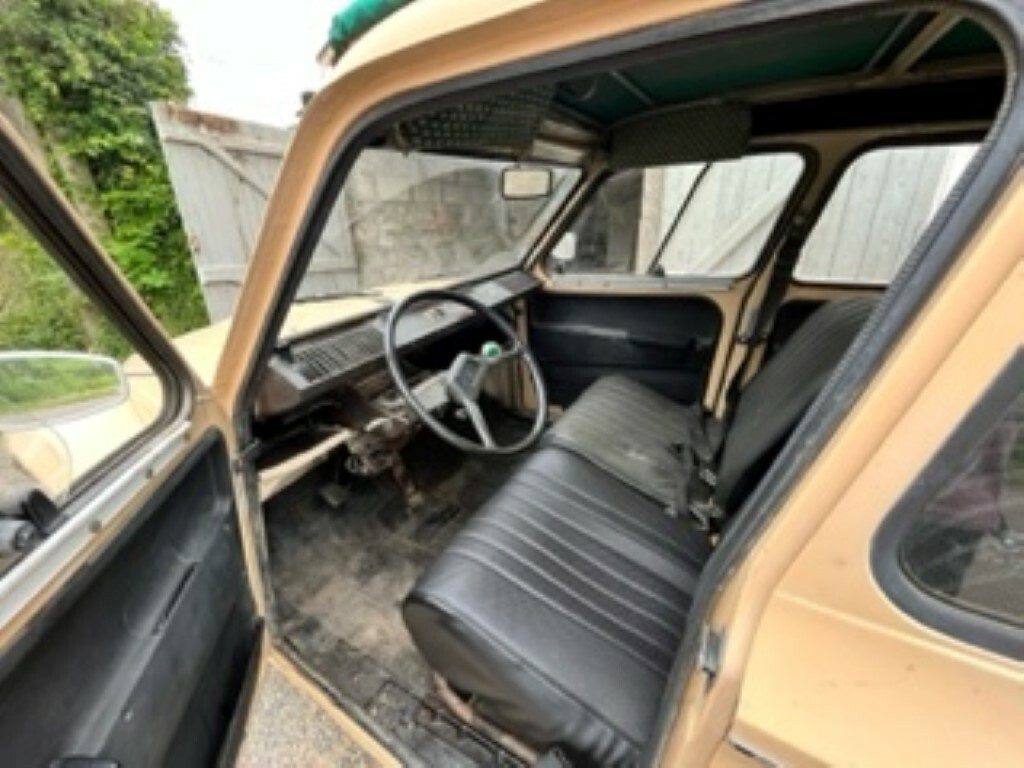 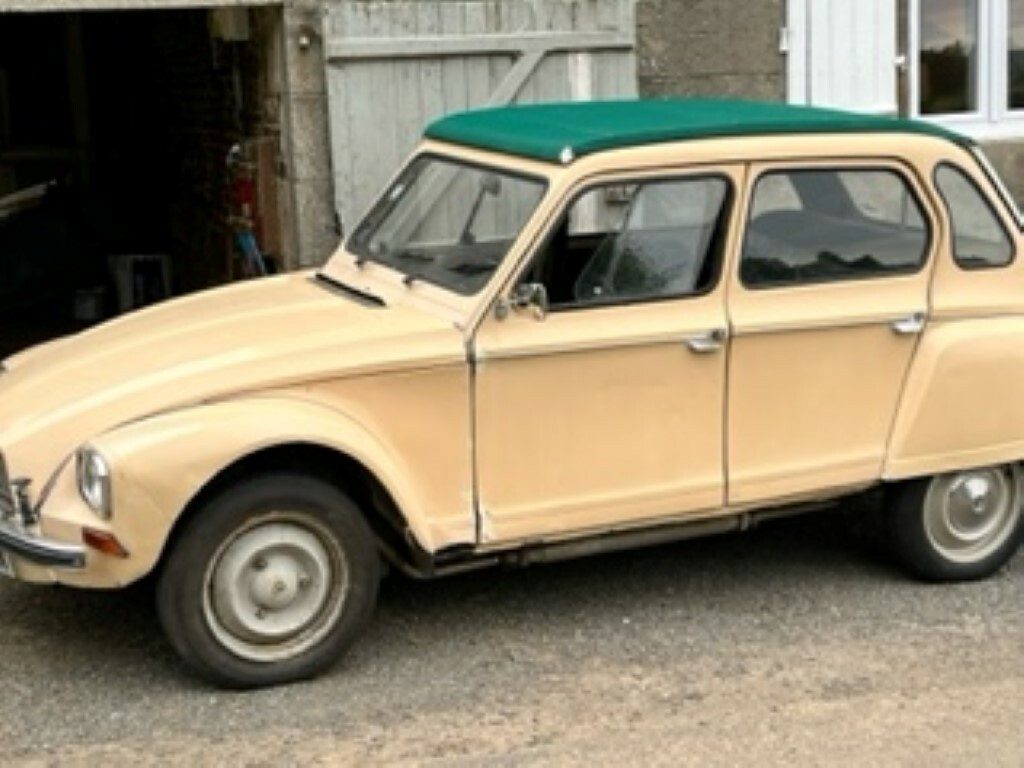 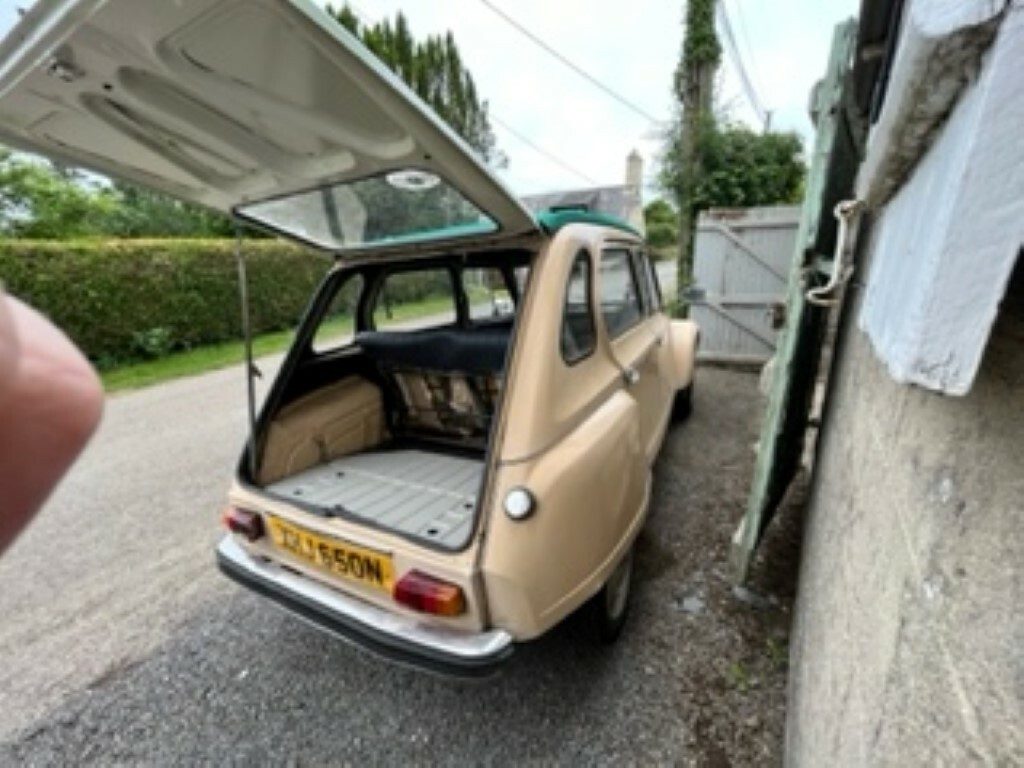 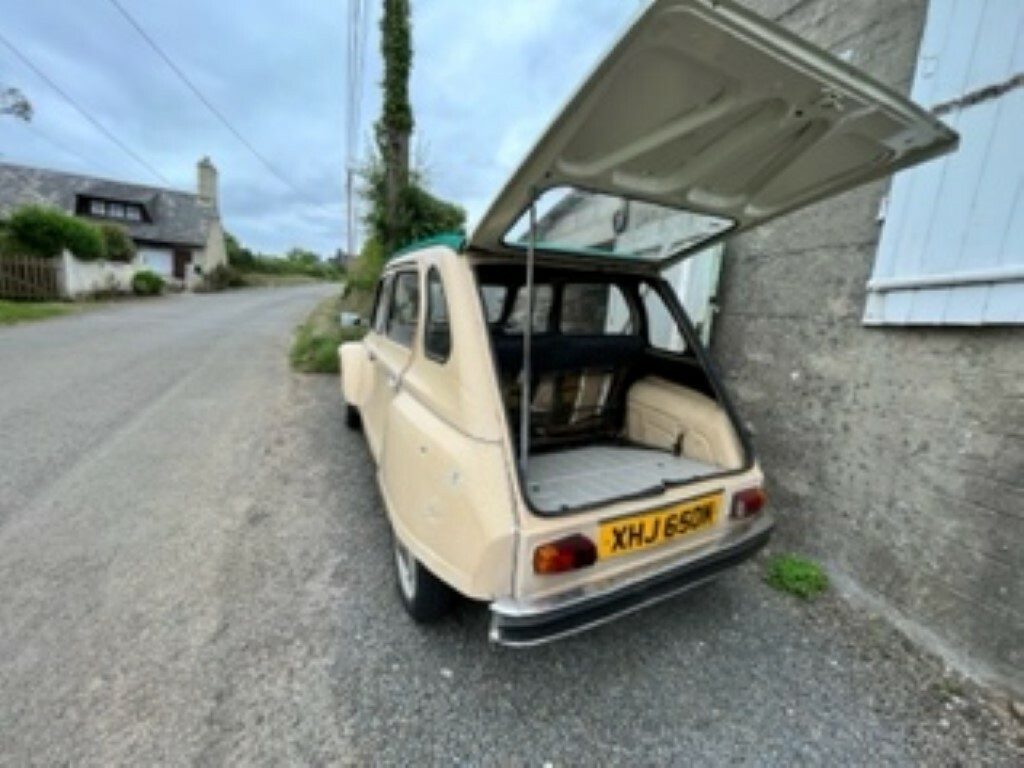 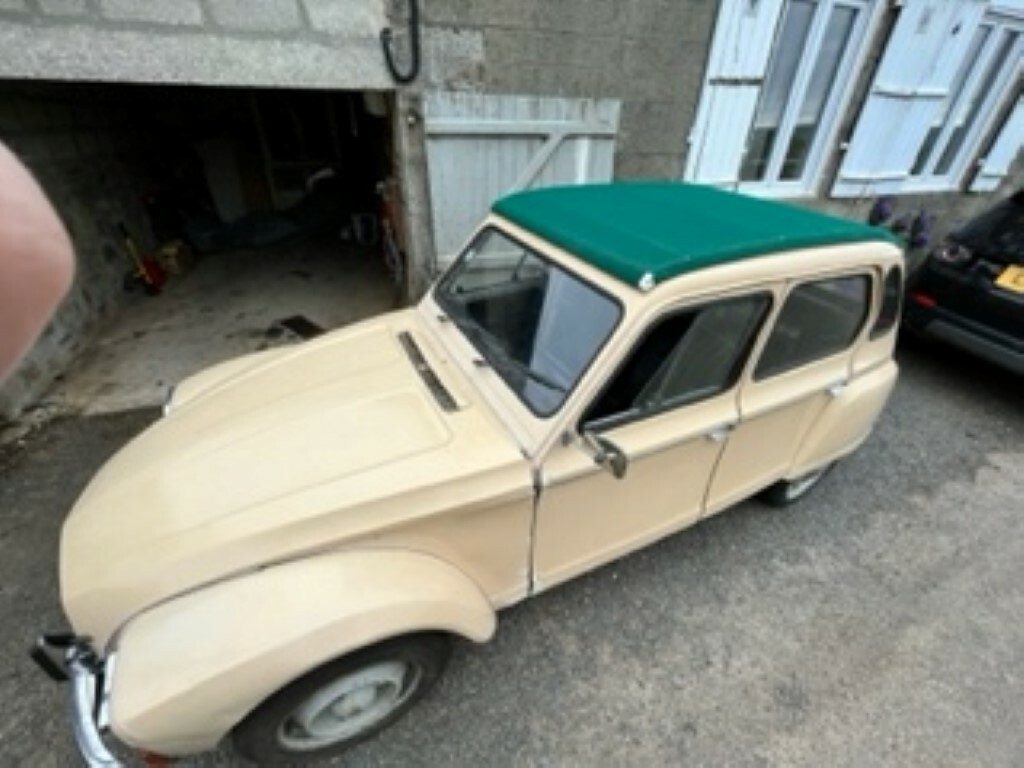 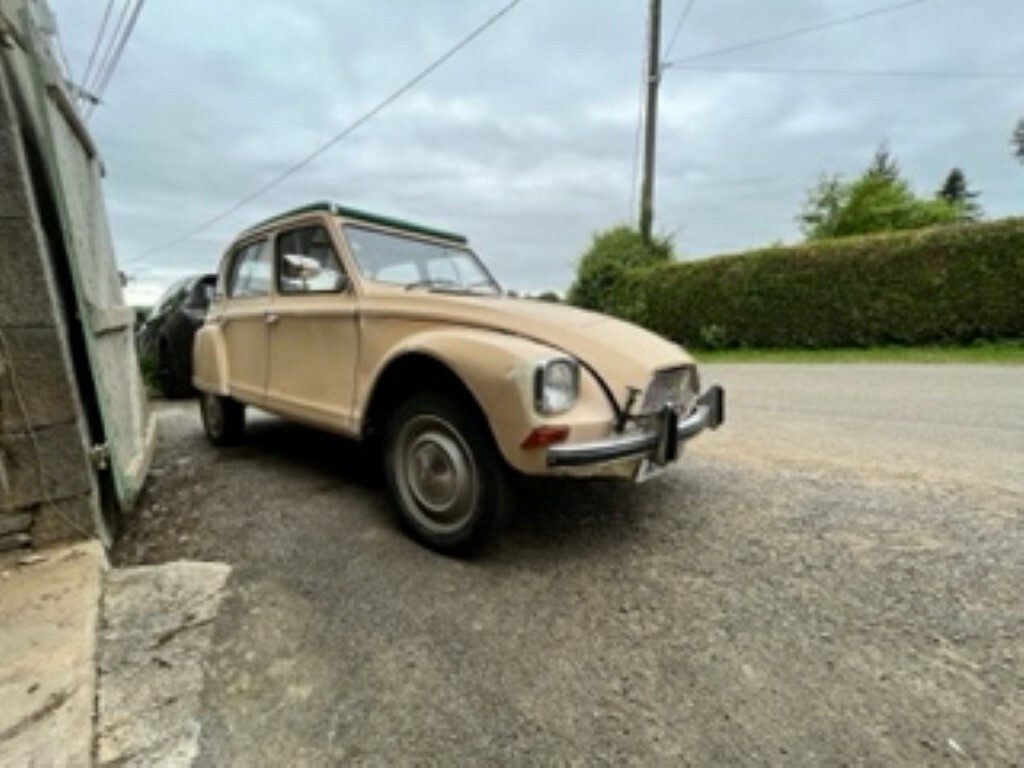 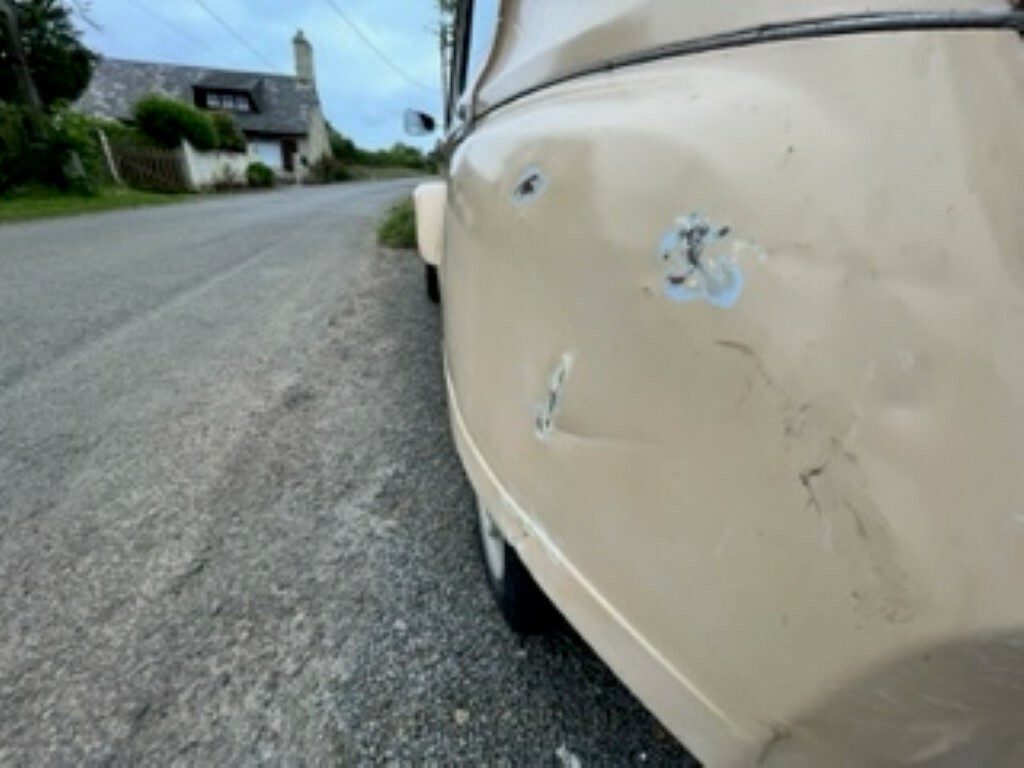 Time to sell my Dyane after two years of using it out at my house in France. Sadly the other half refuses to drive her so just need something a bit more modern.

She was imported by Gary Dicks from South of France where he recommissioned her.
She’s had a replacement and rust free Dyane chassis from 1976, this has been under sealed too. Only rust was to the drivers floor which has been cut out and replaced. An Arcadiane gearbox has been fitted for a taller fourth gear, new shocks all round, new starter motor and battery, 123 ignition with a super coil fitted and finished off with a Matts soft top and weather strip on the rear.

Has had a re spray in the past and is very much weather and car park beaten. This was defiantly the look I wanted!

Bad point. Runs fine but has started to use oil and need to drop her down to second to get up the bigger hills but will run all day long. Personally I think the engine needs a minor over haul but could use as is.

Structurally very sound being a south of France car and needs no welding or has any rust.

She’s an honest example for the year but by no means concours.

Currently located in Normandy but happy to bring her back if any interest.

You can contact the owner by completing this form to send them an email.